Fan of the Year 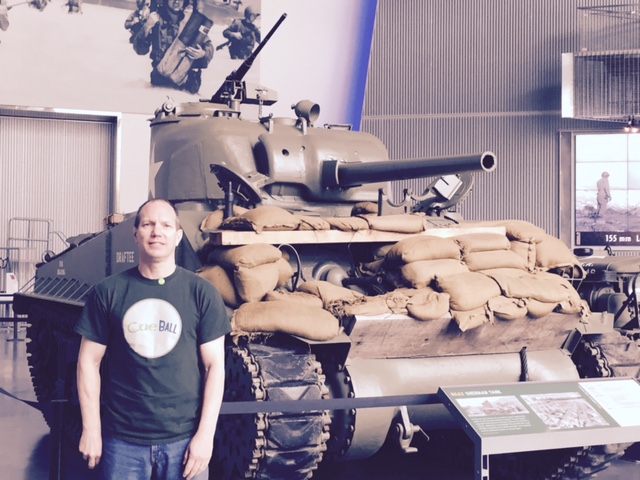 As a special tribute we are honoring Howard Welsh as our Cue Ball Fan of the Year.  Yes it is only March but the dedication of Mr. Welsh to the Cue Ball cause over the St. Pat's season needs to be recognized.  He attended 7 gigs of either Cue Ball or Maddie & Friends over a 5 day period which involved travel from Michigan.  How and is lovely (but crazy) wife Dorothy also hosted the band for their Michigan gig in Farmington.  They delivered on all but one of our accommodation requirements (which is saying a lot considering that we are a needy bunch). Howard is pictured above at the World War II memorial in New Orleans just one week after St. Pat's (he needed to get far away from the band!).   For his efforts Maddie sang Creedence and Mitch attempted to sing Build Me Up Buttercup during the run of gigs.  A sincere thanks to our Cue Ball Fan of the Year!

Fan of the Month 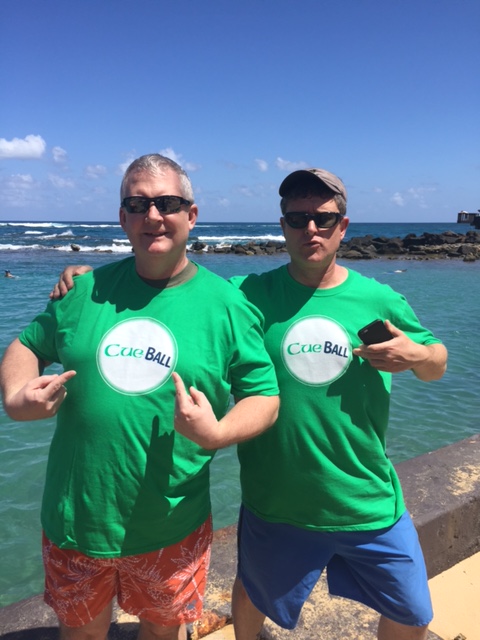 We  value our loyal fans and therefore have dedicated a section of our home page to honor our "Cue Ball Fan of the Month."

Pictured above are Cue Ball fans Bob McCall and Carl Heinlien showing their support in Puerto Rico.  We are thankful that they are donning the bright green version of the Cue Ball t-shirt not only to get the word out for us but to save the viewing public from seeing what's underneath.  Safety First!!!